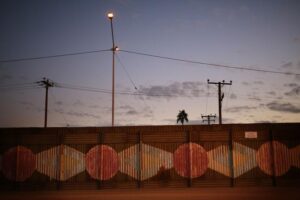 Immigration reform has long been a concern in the U.S.; efforts at reform have been many and generally proved to be controversial, ineffective and inadequate. In short, the efforts have, to date, failed.

The Immigration Reform and Control Act of 1986 made the recruitment and hiring of undocumented workers illegal. Employers were required to discover and attest to employees’ immigration status. Further, no employer could in theory hire or recruit unauthorized immigrants, the exception being seasonal agricultural workers. The act granted amnesty to illegal immigrants who had entered the United States prior to Jan. 1, 1982. Several million undocumented individuals took advantage of the amnesty.

Throughout this litany of immigration reform efforts, neither the legislative nor the executive branch of government has apparently focused on the simplification of the legal path to permanent residency and ultimate citizenship. That path remains cumbersome and lengthy. Sometimes the path may seem totally blocked because of bureaucratic incompetence.

I have personally experienced the difficulties and barriers involved in the legal immigration process. The usual and legal path to permanent residency and ultimate citizenship for my deceased wife’s sister would have rendered her helpless and without status had I not been available to support and assist her. I worked hard for five-plus years for her permanent visa. Twice the Department of Immigration lost the documents I had submitted in support of her applications, and I had to begin the application process again.

I feel for the millions of undocumented immigrants who have entered and live in the shadows in the U.S., but I also feel that many of the proposed reforms prove unfair to those individuals and families who have followed the laws in applying for and obtaining their legal status. In all probability, immigration reform will continue to be a major point of contention for the foreseeable future. More than just a congressional act is needed.

A recent study by the Pew Research Center discovered certain areas of agreement, but also partisan differences among Americans regarding immigration. Few participants in the study favored building a wall and felt that most undocumented immigrants work as hard as and are as honest as U.S. citizens. Significant differences, however, were discovered between Republicans and Democrats. Republicans and conservative independents emphasized the need for increased border security and stronger law enforcement. Democrats were fairly equally divided between creating a way for the undocumented individuals to gain citizenship and emphasizing border security and law enforcement.

Few legislators and even citizen groups seem able to agree on what constitutes workable and effective immigration reform. States declare they need more control over immigration policies while the U.S. Senate and House of Representatives fight over the preferred contents of a proposed legislative reform act. Immigration reform acceptable to a majority of Americans remains evasive and seemingly a long-term proposition.

Franklin T. Burroughs, Ed.D., lived and worked in Iran, Saudi Arabia and Lebanon for 15 years and served as a liaison between the then-shah of Iran and President Jimmy Carter. He is a resident of Walnut Creek.