How Three Huge U.S. Missteps in the Middle East Are Helping ISIS 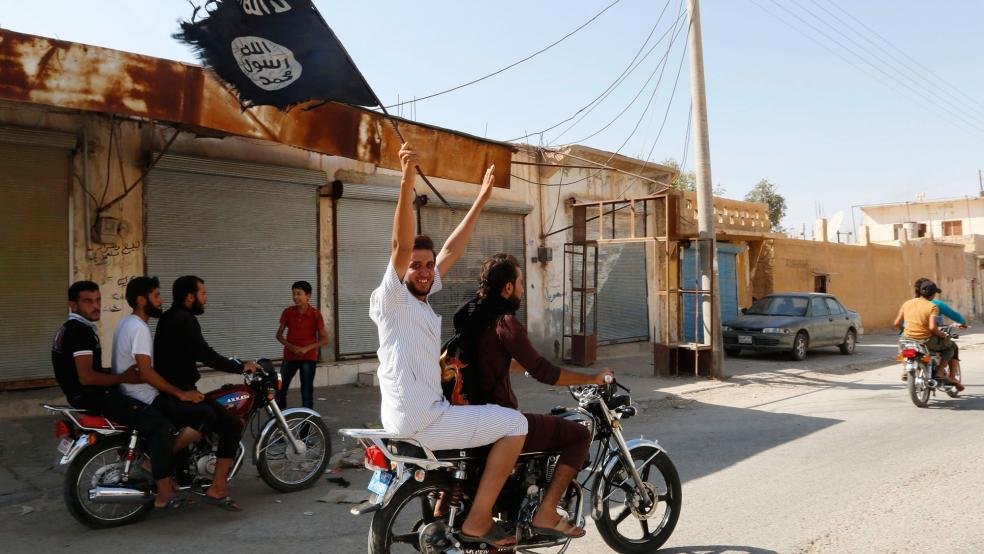 The Middle East remains in chaos. The Taliban continues to hold sway in numerous districts in Afghanistan and seems destined to maintain a significant role in both Afghan and Pakistani politics. ISIS persists in its effort to reestablish the caliphate and the accompanying absolute monarchy that was repudiated with the fall of the Ottoman Empire. Neither entity has shown the least respect for human rights; ISIS’ treatment of minorities within its self-proclaimed caliphate, along with the ongoing violence of the Syrian civil war, has resulted in the migrant crisis Europe now faces.

Further contributors to the Middle East disorder are Iran and Saudi Arabia, which are fighting a proxy war in Yemen and struggling for power throughout the region. In Yemen, Iran supports the Houthi rebels while Saudi Arabia pays allegiance to the country’s president. Saudi Arabia feels strongly that it has to counter Iran’s influence in Syria, Iraq and Lebanon. Mistrust on both sides can easily lead to open conflict.

Related: Now We Know What Putin Is Up To In Syria

The role of the United States in the Middle East, both past and present, can hardly bear close scrutiny.

Iran and The Islamic Revolution: The establishment of the so-called “theocratic democracy” in Iran in the late 1970s clearly displayed either incompetence or a lack of concern on the part of the U.S. government. In 1978, several months before the Islamic Revolution, Mohammad Reza Shah Pahlavi attempted to send a message to President Jimmy Carter that he was ready to abdicate in favor of his son, the crown prince, hold an election for a prime minister and declare Iran a constitutional monarchy. Neither President Carter nor the U.S. Department of State gave credence to the offer and readily allowed Ayatollah Khomeini to return to Iran after several years in exile.

Several months after the establishment of the Islamic Republic, the Iranian military approached Ayatollah Kazem Shariatmadari, a very open-minded and moderate religious leader with some nine million followers, with a proposal to undertake a coup d’etat against the Khomeini regime. Again, the U.S. Department of State refused to provide any support for the proposal. Ayatollah Shariatmadari was ultimately placed under house arrest where he remained for four years until his death in 1986, supposedly for his support of or participation in a later coup attempt.

Afghanistan and the Rise of Jihad: Following Ayatollah Khomeini’s return to Iran and the establishment of the Islamic Republic, the Soviets invaded Afghanistan and the United States rather quickly became involved in the defense of the country and the opposition to the Soviet occupation through its cooperation with Pakistan and its Gulf Arab allies. Pakistan and the allies encouraged the recruitment of young Muslims often referred to as Mujahideen. The U.S. Government joined forces with the Mujahideen and offered assistance. From that group came jihadis, or warriors, who joined forces with the Taliban and Osama Bin Laden to wreak havoc on Afghan society and plan and execute the excruciating attack on the United States on September 11, 2001.

Iraq and Nation Building: Subsequent to the establishment of the Islamic Republic and the attack on the U.S., President George W. Bush decided to remove Saddam Hussein from power and build a new Iraqi nation. He ordered an invasion based either on faulty or contrived information. The U.S. has had personnel in Iraq for several years now, but no apparent resolution to the conflict pitting Shia against Sunni and the Iraqi government against ISIS is in sight.

One question in relation to the current and ongoing Middle East conflict seems inevitable: Has the U.S. government ever thought that in its efforts at opposing the various anti-Western groups and movements in the Middle East it is fighting against itself and forces that were created or evolved because of its clumsy diplomacy or cultural naïveté?

Related: How the Iran Nuclear Deal Can Reshape the Middle East

The more effort the U.S. puts into battling the Middle East’s Islamic elements, the more suspicious citizens of the region become regarding the intentions of the U.S. government. Further, hatred of the U.S. will likely increase. The U.S. will increasingly be viewed as a superpower attempting — but failing — to transform centuries-old tribal cultures into modern nations as defined by the West.

The failure of the U.S. to effect stability in the region will encourage the scaling up of current jihad activities or the launching of new and more vicious anti-Western movements. This turn of events improves the odds that someday in the not too distant future ISIS may actually get the opportunity to reestablish the caliphate.