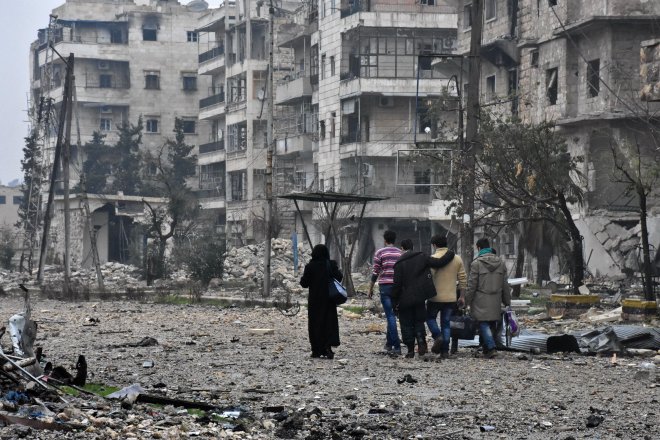 Like it or not, Donald Trump is the new U.S. president and as such he faces many challenges, prominent among them being the ongoing Middle East debacle. This particular challenge involves the battle against ISIS, the prolonged Palestinian-Israeli struggle, the protracted proxy war between Iran and Saudi Arabia and the centuries-old hatred between Arabs and Iranians and Sunnis and Shia.

The uncertainty of Trump’s evolving Middle East policy is already adding to the complexity of the challenge.

Previous U.S. administrations created or contributed to the complexity of the Middle East fiasco. Then-President Jimmy Carter naively encouraged the Islamic Revolution in the late-1970s when he refused to take seriously Shah Mohammad Reza Pahlavi’s offer to abdicate the Iranian throne, permit an election for a prime minister and establish a constitutional monarchy based on the British model.

Further, he ignored an offer by the Iranian military and Ayatollah Karim Shariatmadari to initiate a coup d’etat against the Khomeini regime soon after Khomeini’s return to Iran.

In 2003, the U.S. under then-President George W. Bush invaded Iraq and overthrew Saddam Hussein on the mistaken assumption that Hussein had weapons of mass destruction. The invasion was an intelligence failure, helped initiate the Iraqi War and actually laid the groundwork for the evolution of ISIS.

The Obama administration’s efforts at disengaging from the Middle East or at least reducing America’s presence in the region reflected a concern that the war on terror had created considerable economic difficulty for the United States and had led to an overextension of the U.S. government’s rights to intervene or interfere in other nations’ political activities.

The Obama approach to the region encouraged the entrance of Russia into the continuing conflict and a lack of trust toward the United States. Iran became a stronger regional power. The use of weapons of mass destruction was hardly reduced.

None of the approaches to the Middle East adopted and implemented by previous U.S. administrations seems to have had a positive impact on the region. Most of the area remains in chaos; populations throughout the region continue to be uprooted, besieged by extremists and often forced to migrate to areas of the globe where they may or may not be welcomed. It seems a new effective policy toward the region is badly needed.

An outline for an effective Trump Middle East policy might include these categories: completion of a mutually-acceptable agreement between Russia and the U.S.; the establishment of a memorandum of understanding between Iran and Saudi Arabia; active promotion of the cessation of conflict between Shia and Sunnis under a united Iran-Saudi Arabia leadership with U.S.-Russia support and active encouragement; the establishment of a minimum of religious tolerance among Shia and Sunni religious leaders; attention to local areas and problems; and, ongoing experiments in self-governance.

Only with the implementation of a comprehensive and sincere program of reform is Middle East peace possible.

President Trump has an opportunity to develop and implement a workable Middle East policy. Developing and implementing such a policy will not be easy, but the opportunity does exist, particularly with the entrance into and influence of Russia in the region and the apparent respect Vladimir Putin and Trump have for each other.